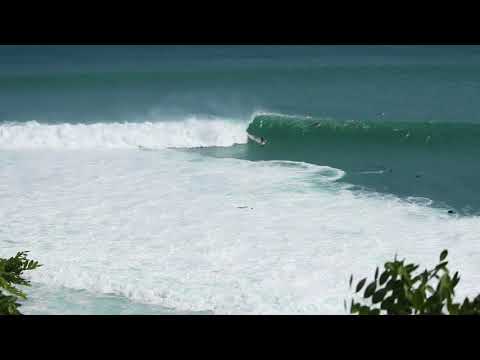 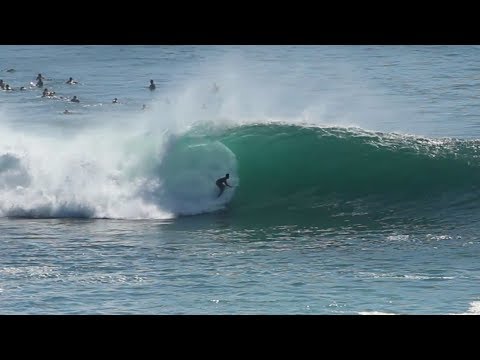 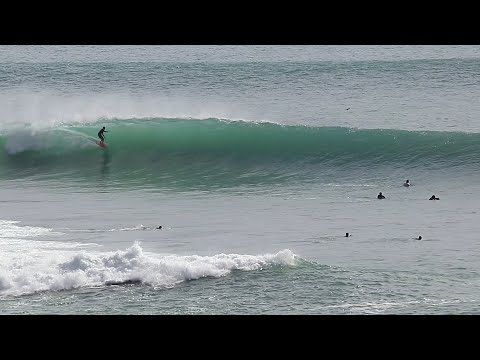 Padang Padang is the Jewel in Bali’s Bukit Peninsula. It’s the heaviest left on the west coast offering top to bottom barrels almost from take off to kick out. It need a large groundswell to work as its a little more tucked away than other surf spots in the area. This mean the SE trade-winds blow direct offshore. The wave is relatively short but long enough for you to set up for two decent barrel sections. The first allows for a deep stand up barrel and the second increases with intensity setting up for a fast speed run towards the end before the wave runs out of water.

Talent here is exceptional, including a switched on local crew, pros looking for photo opportunities and barrel hungry tourists. It goes without saying the crowd here can be hectic. When its pumping you’ll be lucky to pick off a bomb unless you’ve put in the time and are ready to charge..

Easy paddle from the beach

The chart below shows seasonal surf data over a 12 month period. Consistency of swells are only recorded for a swell with a period of more than 7 seconds. This data is for the region and not necessarily specific to Padang Padang. It also shows the peak, shoulder and off peak seasons for surfing at Padang Padang.

Air and sea temperature for surfing at Padang Padang

The air and sea temperatures at Padang Padang surf spot are listed below on average over a 12 month period. See our recommendations on what to where when surfing at Padang Padang.

There are 4 other surf spot near Padang Padang. Discover them below:

Surf and stay nearby